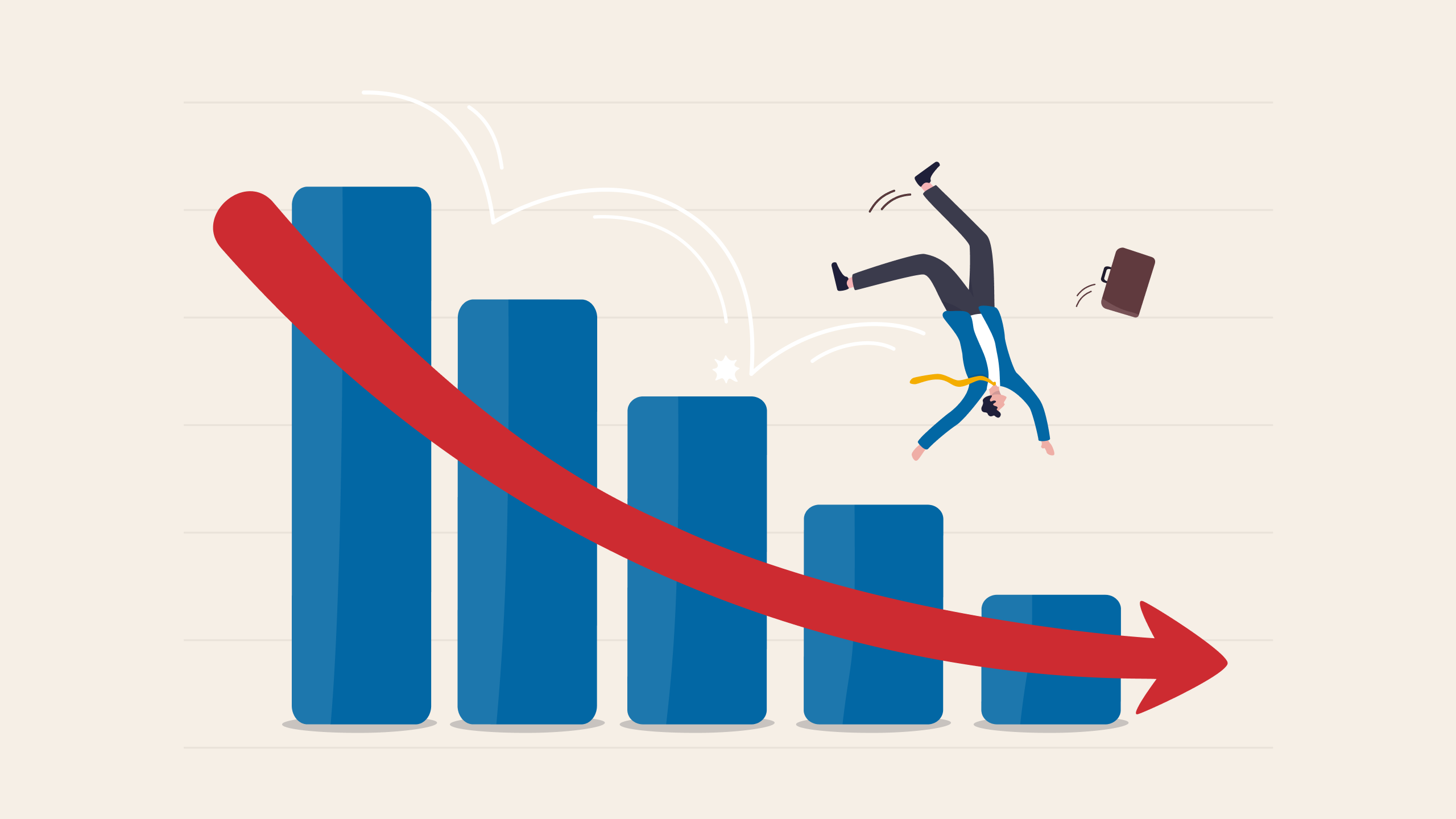 Welp, it's time to address the elephant in the room.

You probably know that 2022 has seen a reckoning in markets across the board. Almost no one has been spared. And even if you don't keep a close eye on the news, you are likely feeling the pain at the pump or any time you go to purchase something. Inflation hit a 40-year high in March, and average gas prices hit a new milestone of $5 per gallon in the U.S. Companies like Coinbase – once the heavyweight of the new tech era – are now incurring massive layoffs. In short, it's not a pretty picture.

This has all been a bitter pill to swallow. 2021 was a record year that saw sky-high valuations in both public and private markets. Stocks seemed to be on a forever trajectory of up and to the right, but the party was not meant to last. An overheated economy led to what was undeniably not "transitory" inflation. The Fed started to raise rates and the market reacted violently. The bubble officially burst.

This was the refrain of legendary venture capital firm Sequoia Capital back in 2008, the last time we saw a massive market correction. It's an informative (and entertaining) presentation, and worth a look. Sequoia has branded this latest correction a "Crucible Moment." Another prominent VC, Lightspeed, published a blog post in May 2022 declaring that "the boom times of the last decade are unambiguously over."

It's impossible to not make comparisons to the dot-com crash of 2000, given the ubiquitous web3 headlines over the last 18 months. But the pullback was not a surprise to everyone. We have seen this before: a lot of hype, explosive growth, and then a seemingly inevitable reality check. Web3 was no exception. NFTs had a good ride as speculative assets, and it will be hard for future projects to match the hype (and returns) of Bored Apes or Crypto Punks. While the overall NFT market is still growing, it's not keeping pace with the explosive growth of 2021. 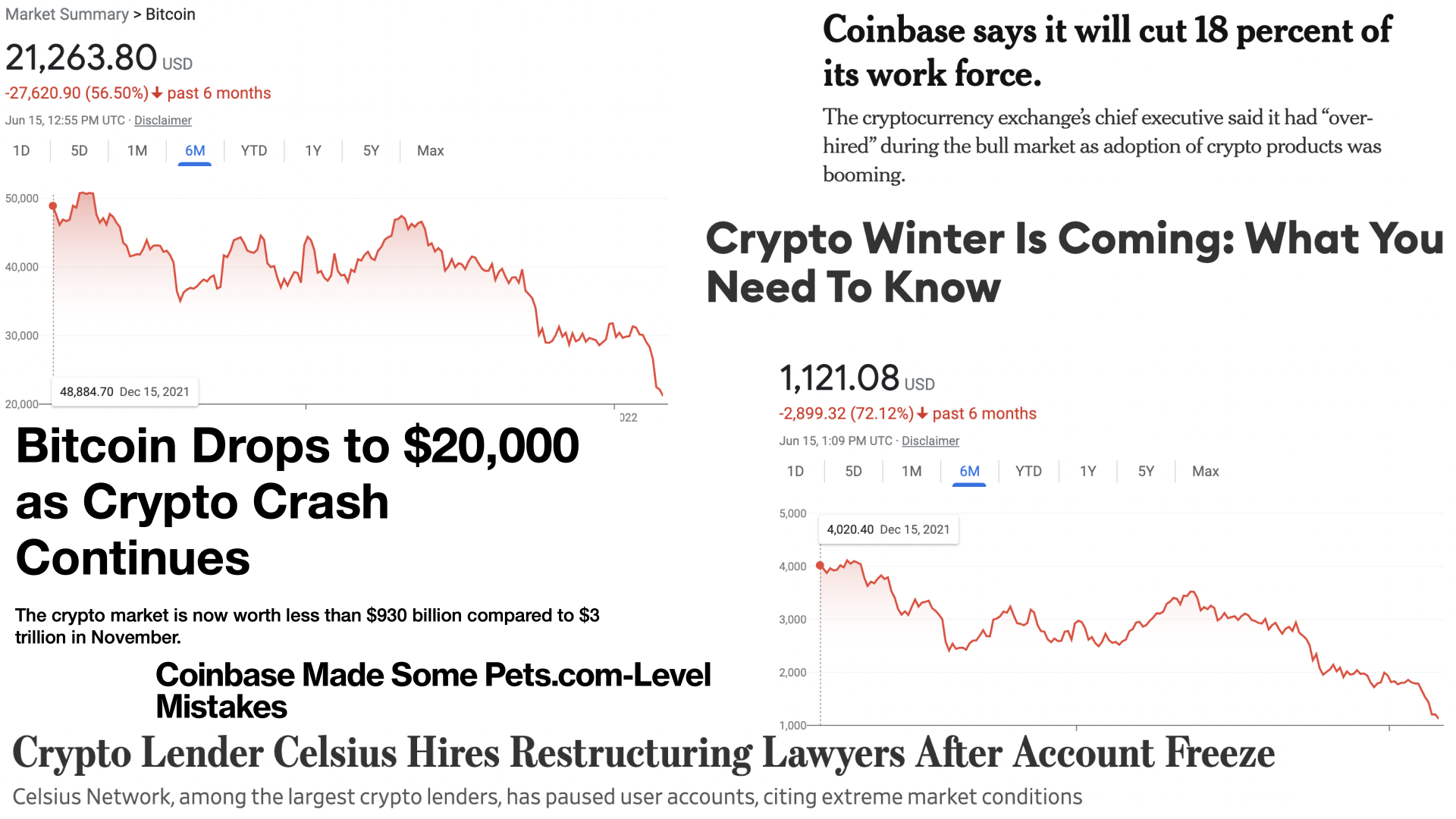 The Summer of "Crypto Winter"

Crypto has also had a reckoning. The "maxis" of the world held steadfast that it was just a little bit of instability during the second half of 2021. Then in May 2022, tokens across the board had a full-on meltdown, likely due to the collapse of Terra LUNA, which is a saga unto itself. But it had a ripple effect throughout the entire market.

Crypto is only one part of the web3 world. It's anyone's guess what will happen. We may be entering summer, but it's certainly the start of what could be a long "crypto winter." It's probably safe to say that the days of speculating and trading crypto in the hopes of getting rich quick are currently in hibernation. Where do we go from here?

What This Means for Web3

Speculation of any kind is a dangerous game. Given that people have recently lost billions, regulation of these markets is not going to be too far off. The bottom line is this: for blockchain-based technology to have longevity and credibility, it needs to have utility. Only when there is utility that leads to widespread adoption will there be a commensurate (and sustainable) uptick in value.

The dot-com crash did not kill the internet. This crash is neither going to kill blockchain, nor discredit what is possible with this technology. So much of the rise of web3 last year was built on hype and headlines. An inevitable (and perhaps necessary) side-effect of this downturn is that the legitimate businesses playing in this often-nebulous space will be the ones that survive.

Even though it feels like we're currently mired in chaos and uncertainty, there is reason to be cautiously optimistic. For one, the initial shock has worn off and we are adjusting to this new reality. And we cannot forget that some of the greatest companies were started during downturns. (Case in point: Mailchimp was founded in 2001, after the dot-com crash. Airbnb was founded in August 2008.) This is an opportunity to get back to the fundamentals; the things that matter. Easy money is off the table, and "growth at all costs" is no longer a viable strategy.

Maximize Returns in a Downturn

Evolution forces change. For businesses across the board, now is a time to focus on capital efficiency. Budgets are being trimmed, and throwing money at the same problems using the same solutions will not cut it.  Blockchain technology will drive the next phase of innovation, and NFTs with utility are a natural point of entry.

Just as e-commerce did not negate the need for brick & mortar retail, web3 does not negate the need for web2 technology.  Blockchain is new and exciting, but it's not something to be viewed with a binary, "all or nothing" lens. There is a place where these two things can be brought together in ways that make sense; a sweet spot in leveraging web3 technology while preserving the web2 experience.

Chainstarters makes it possible for companies to gain a competitive advantage without having to hire a whole team of developers to meaningfully implement this technology. Our no-code solutions will allow you to maximize your returns on engaging the next generation of customers in new and exciting ways.

Sports fans are passionate. And without them, sports would not be the thriving, exciting industry that it is. Teams thrive on the energy of the people cheering – and... 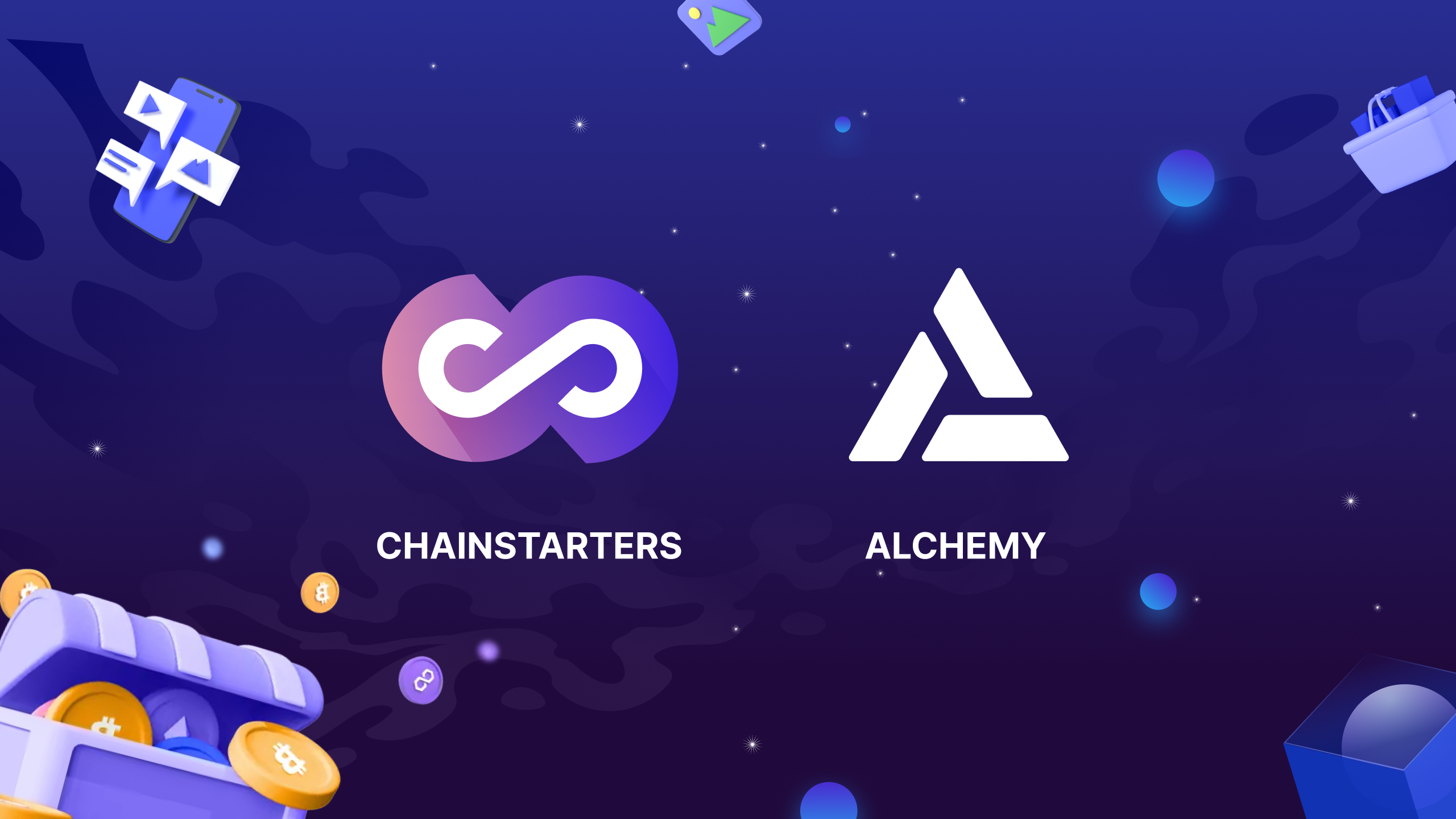 Finding the best solutions is critical when building software. Adding to a tech stack can either make life much easier or infinitely more difficult. (Guess which one we...